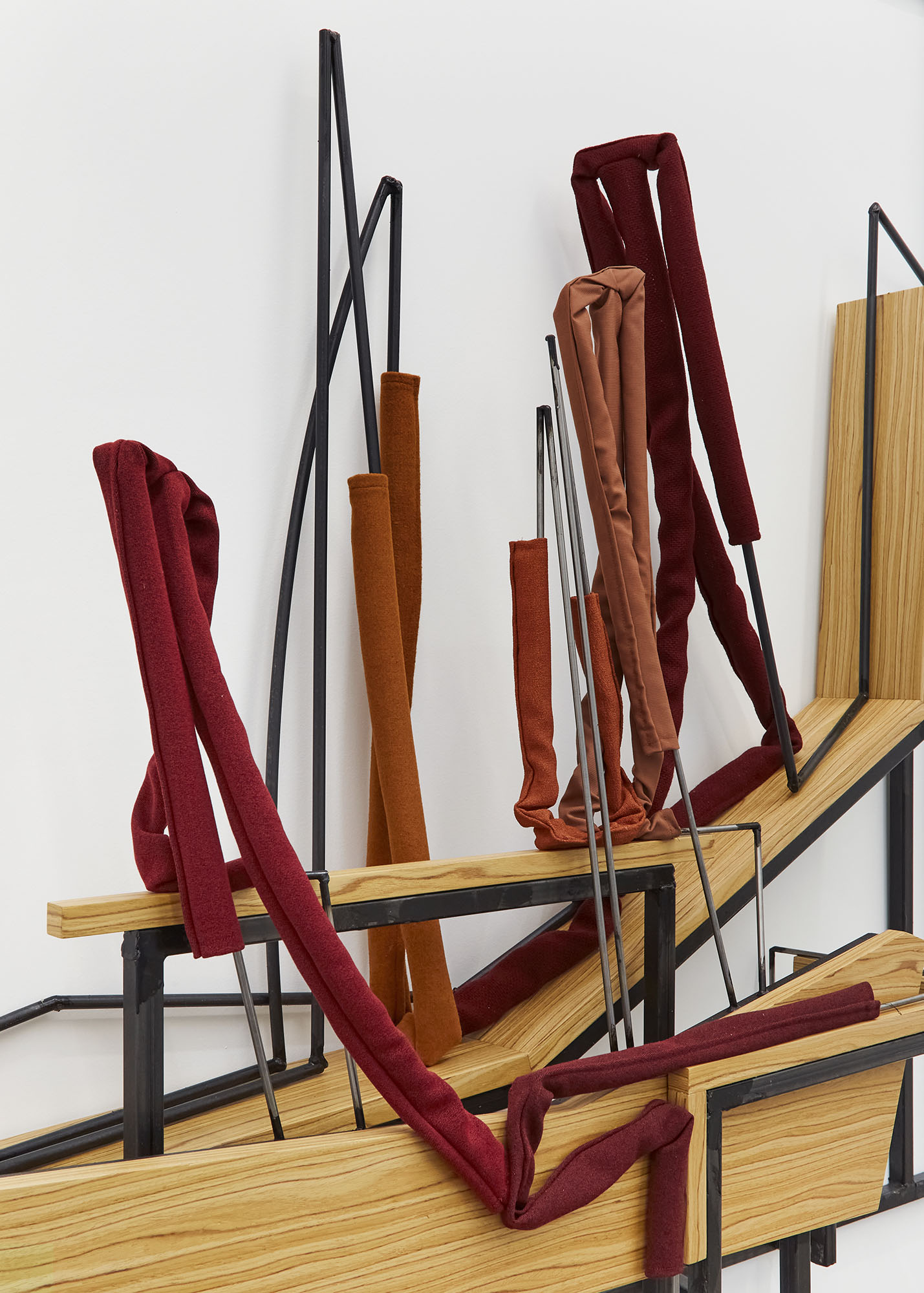 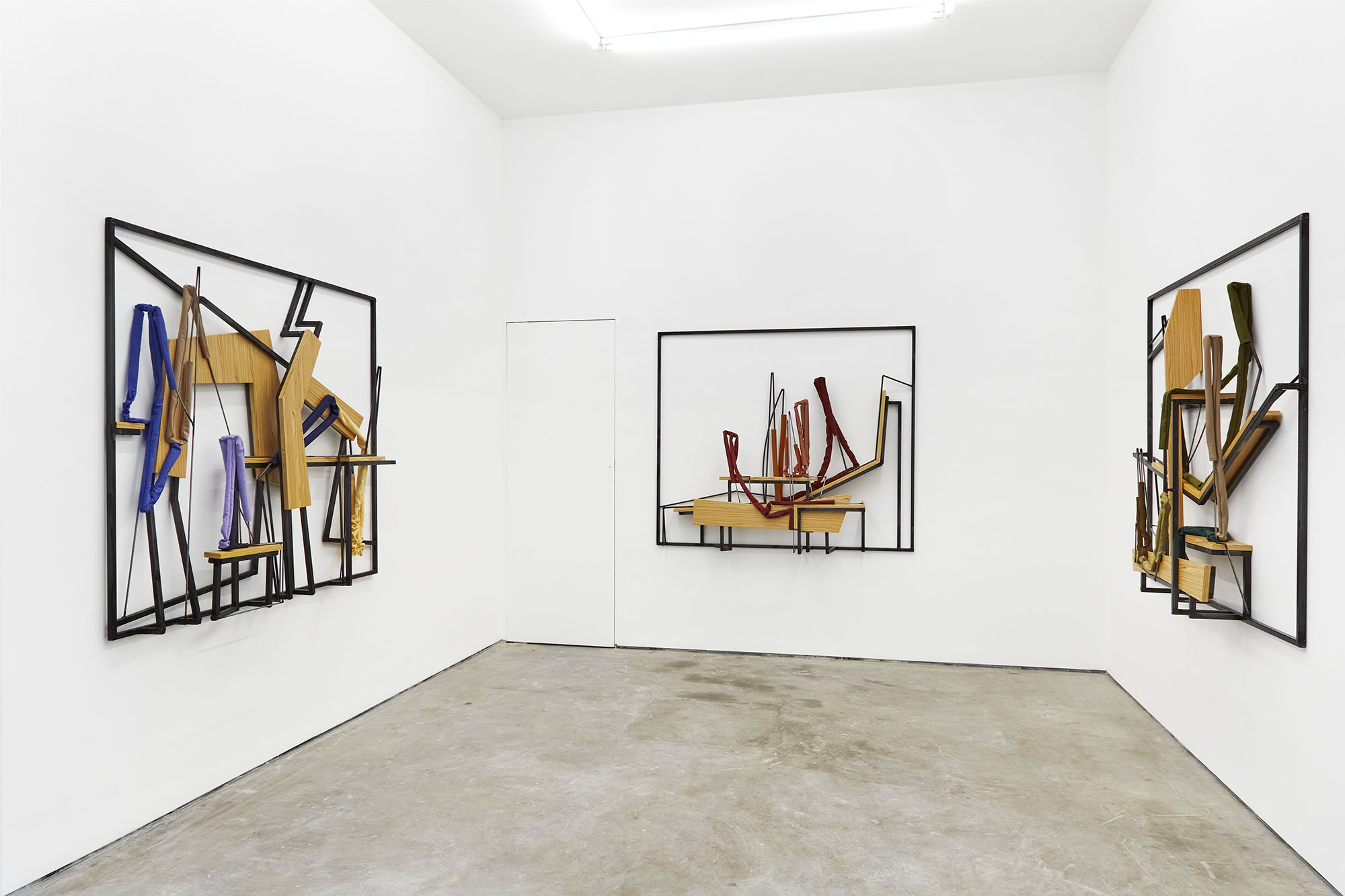 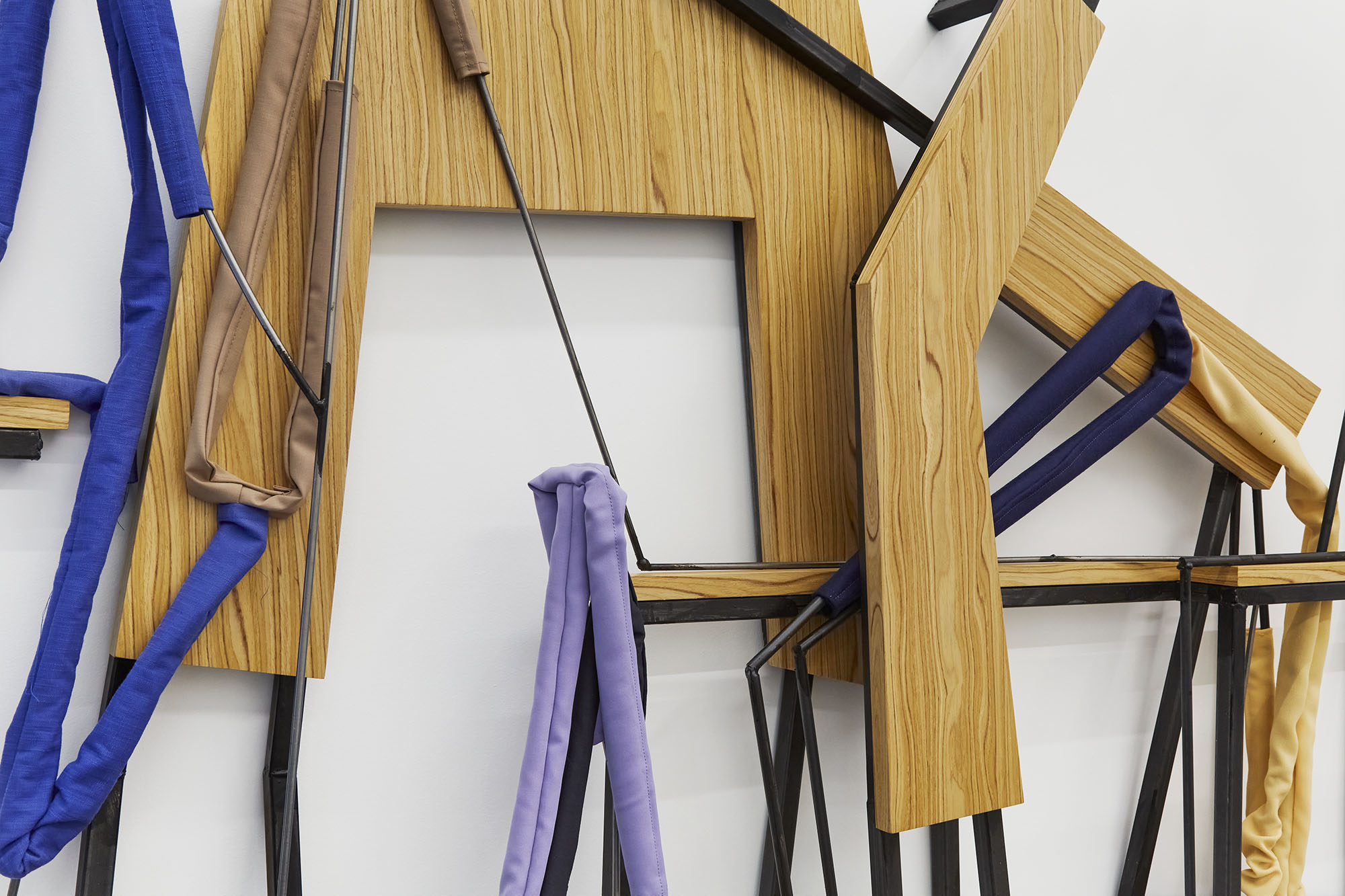 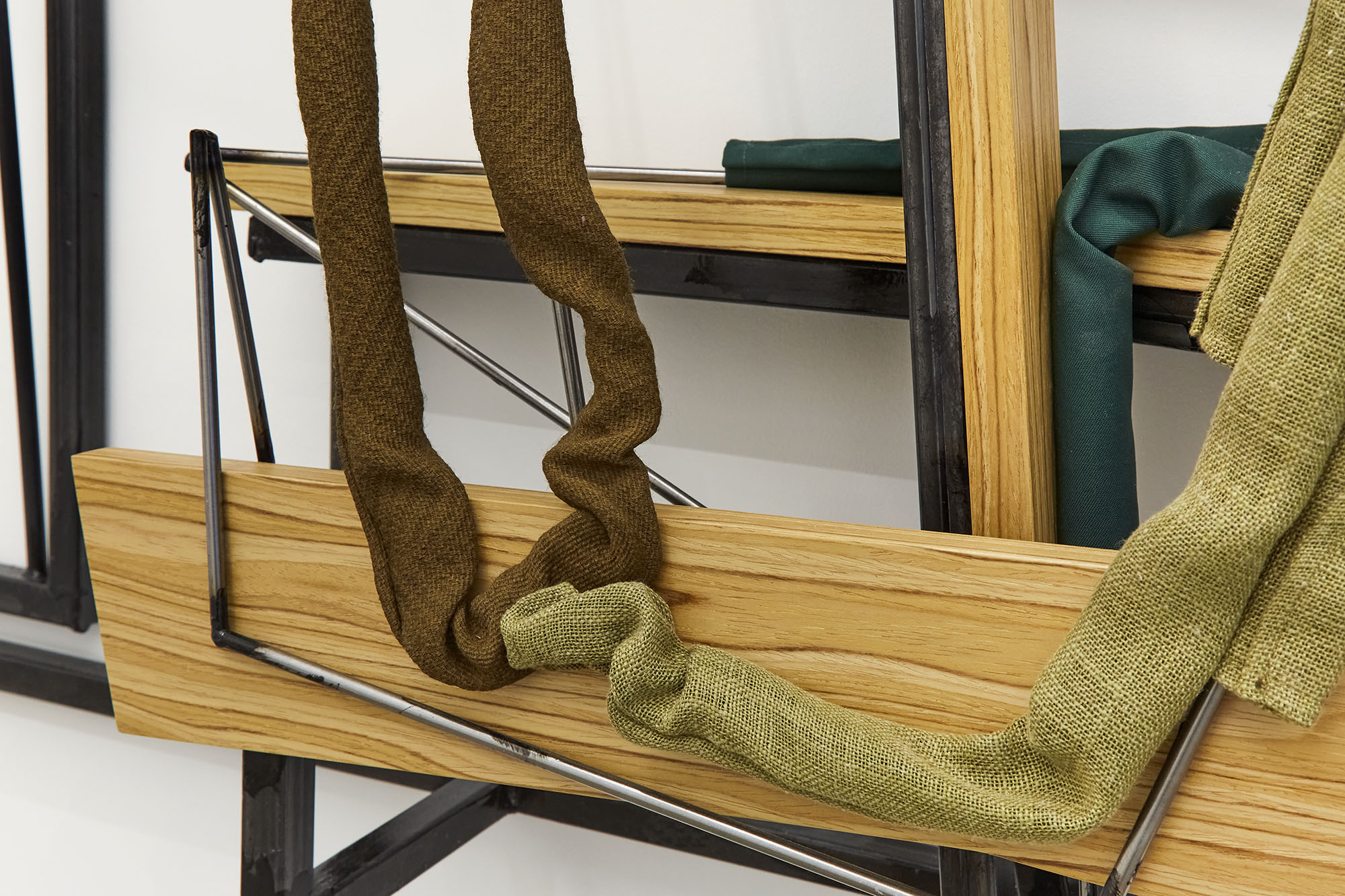 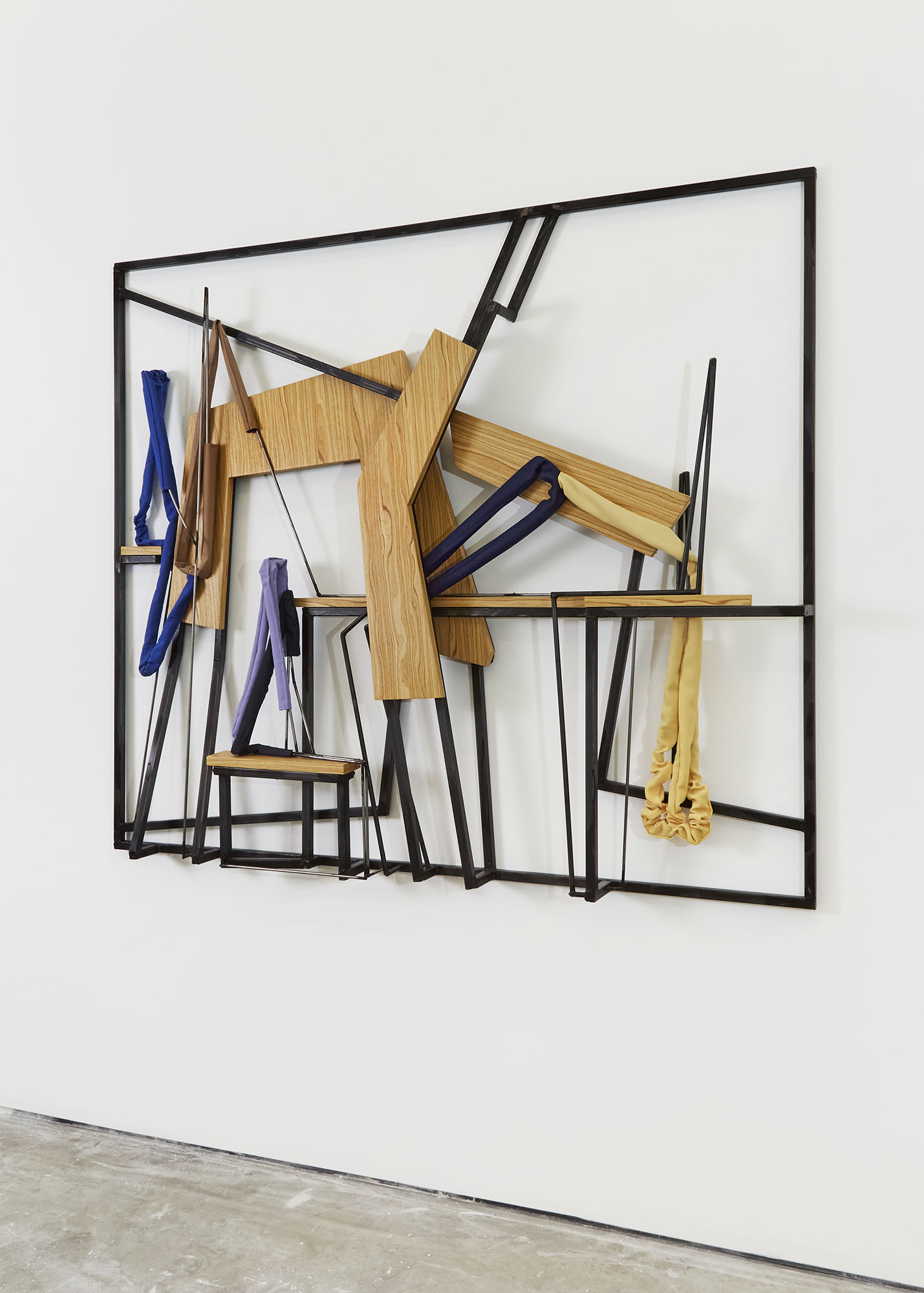 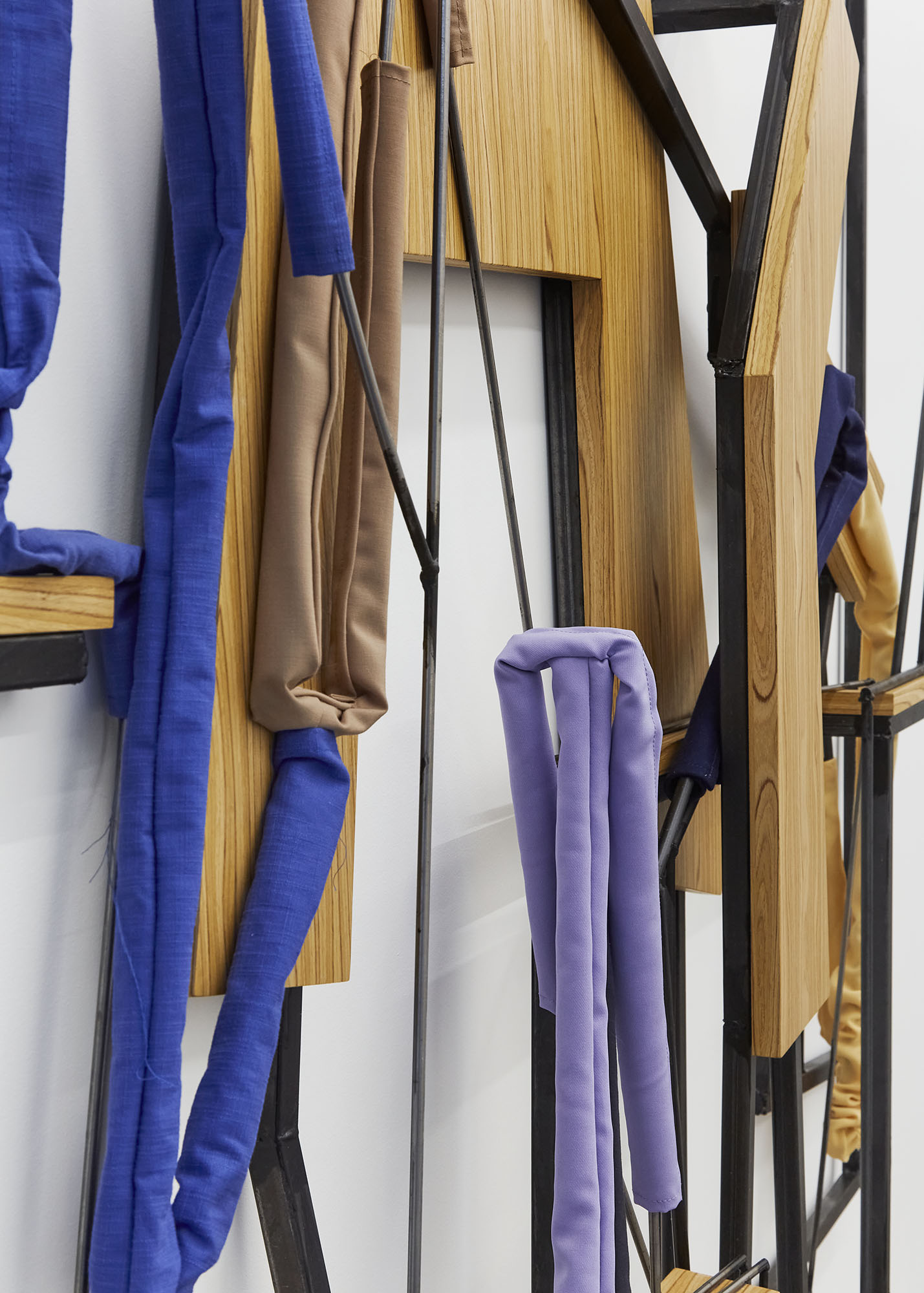 Giggle with a rain breath (detail) 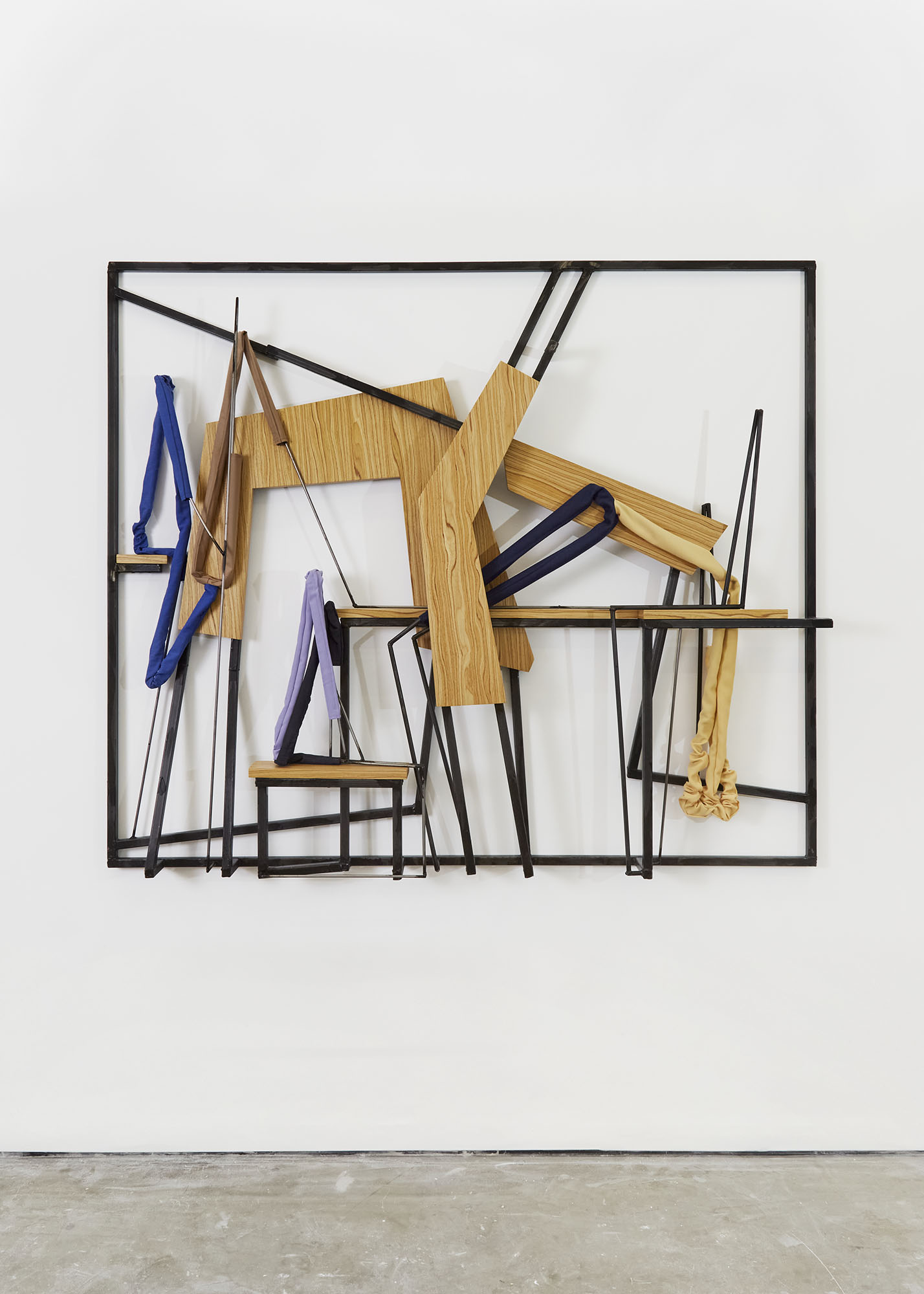 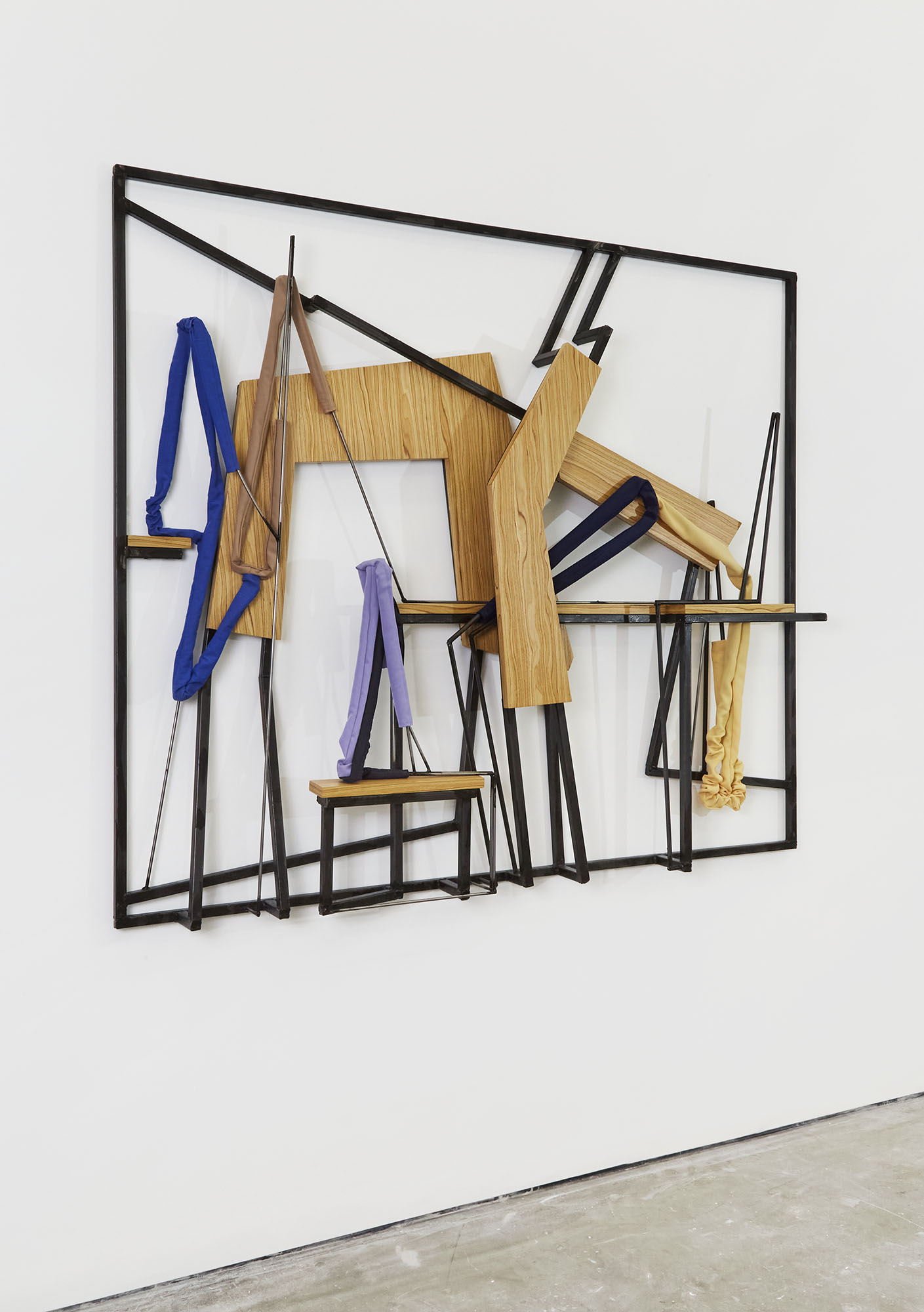 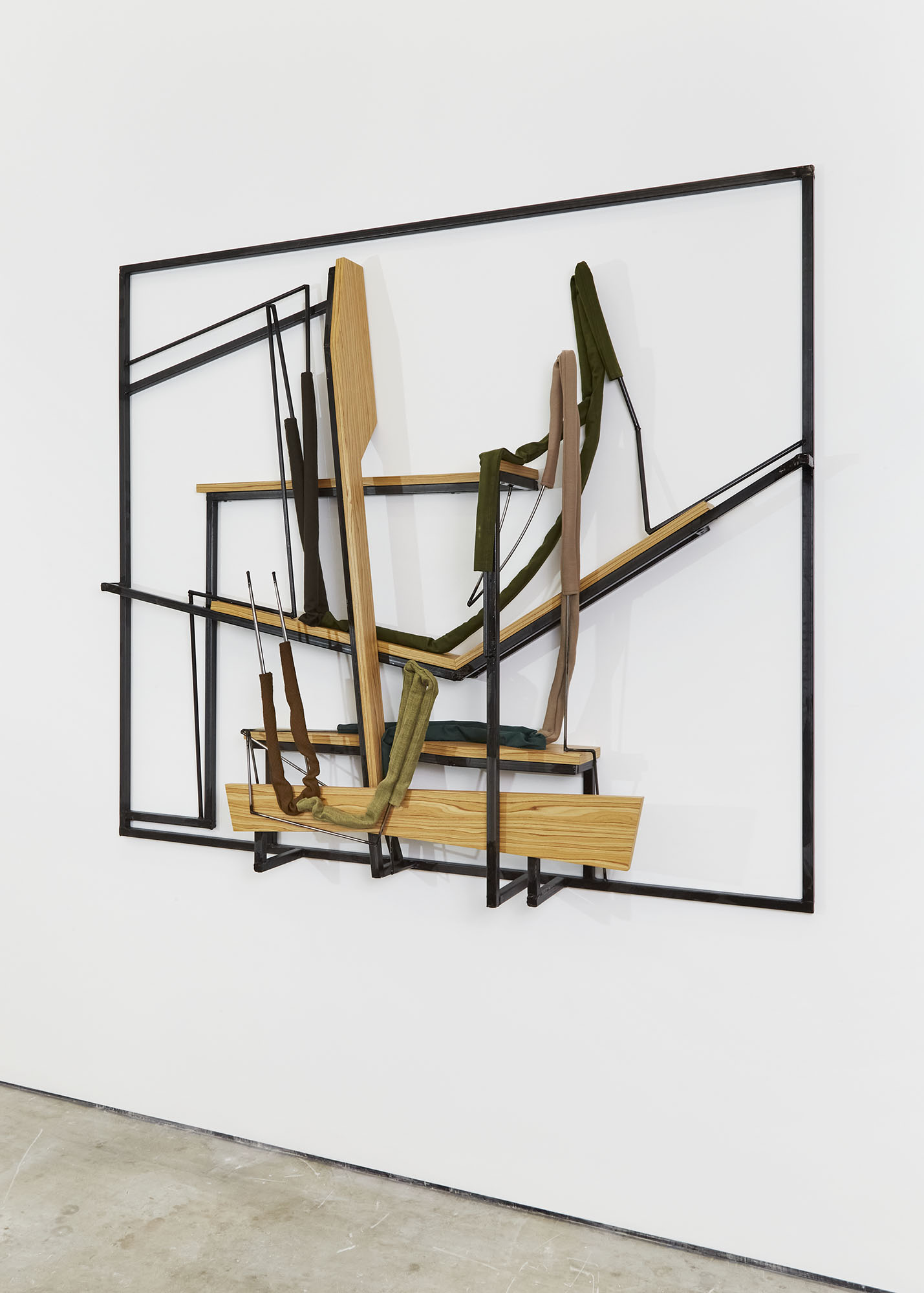 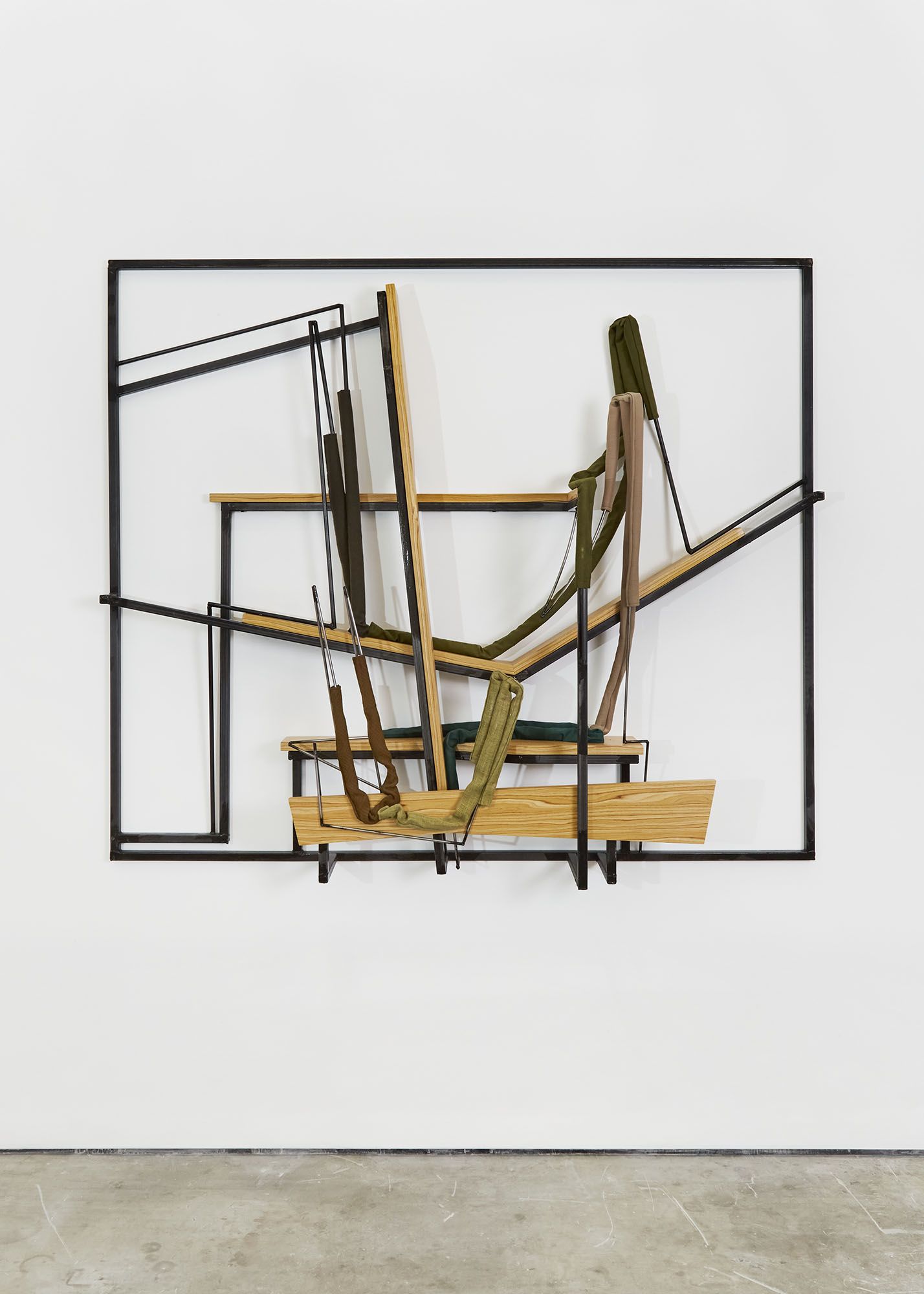 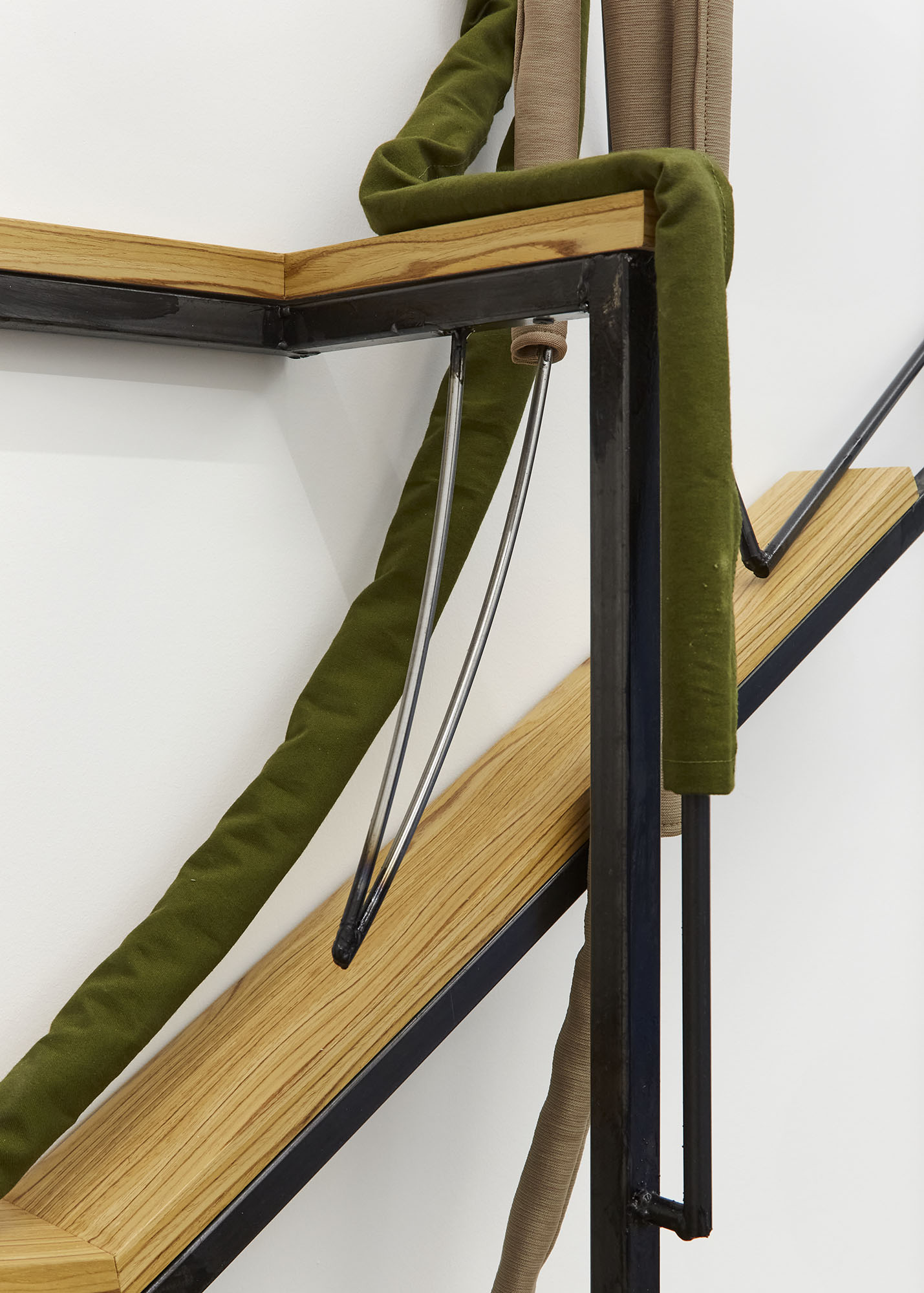 The Apples of Cezanne (detail) 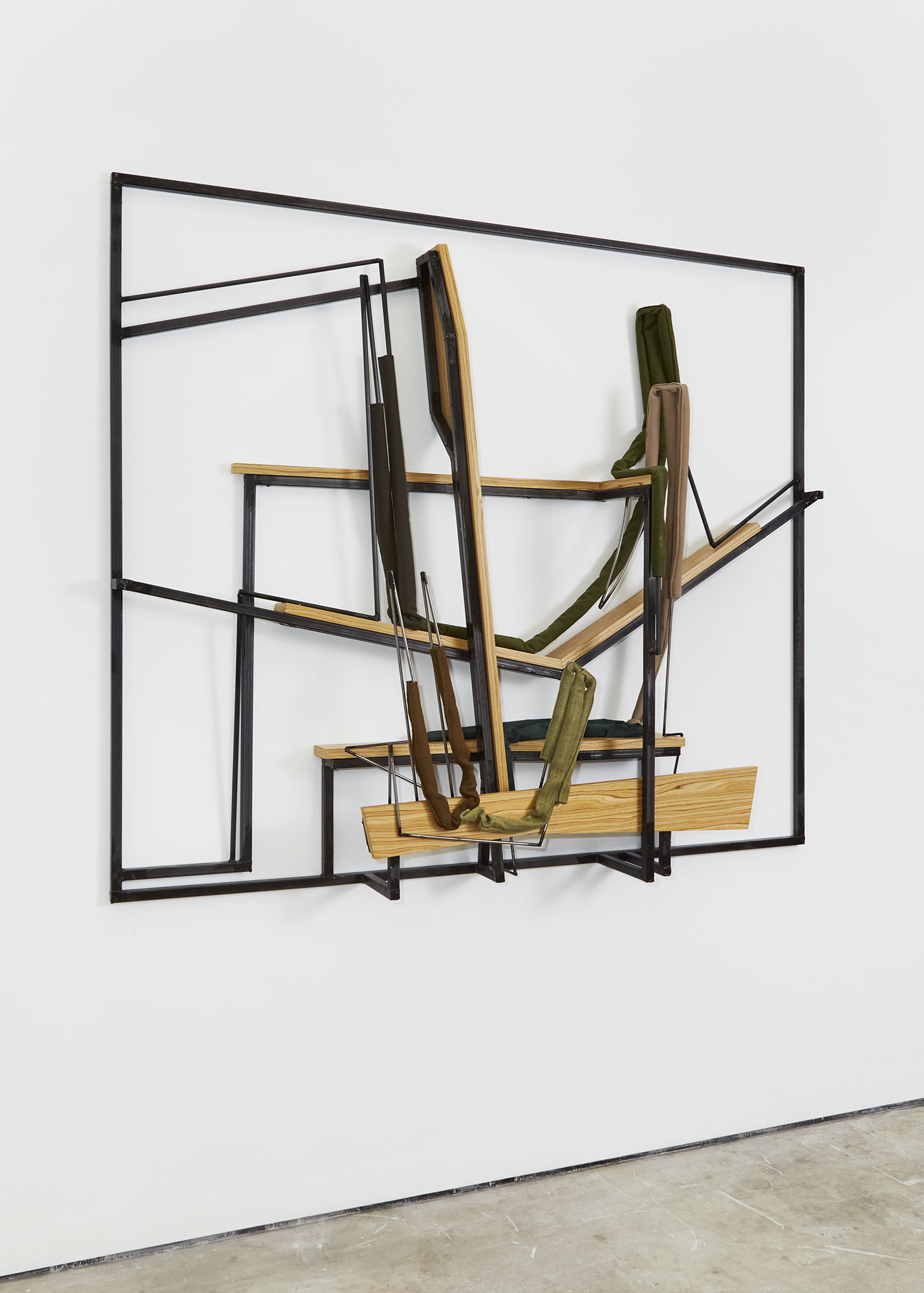 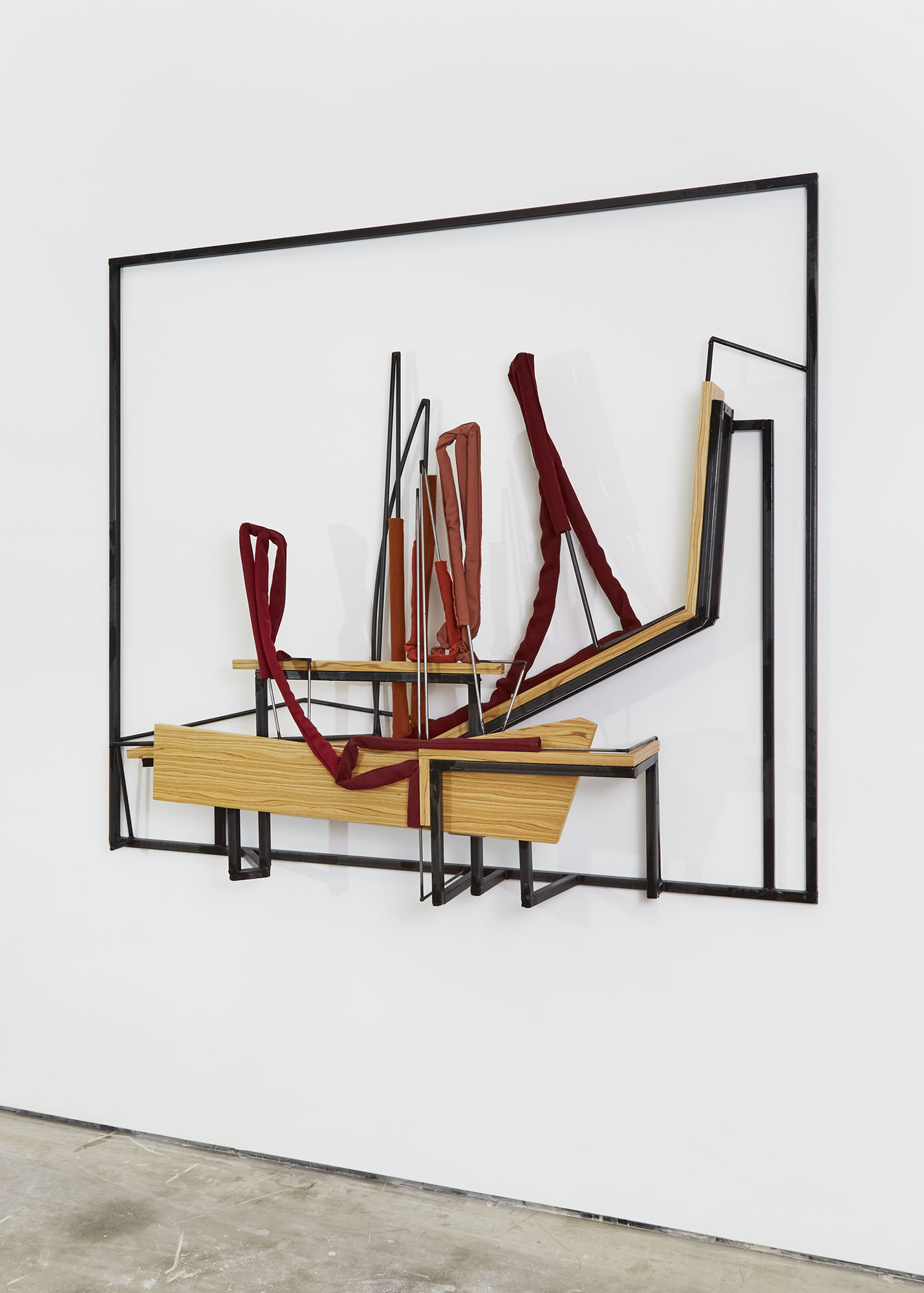 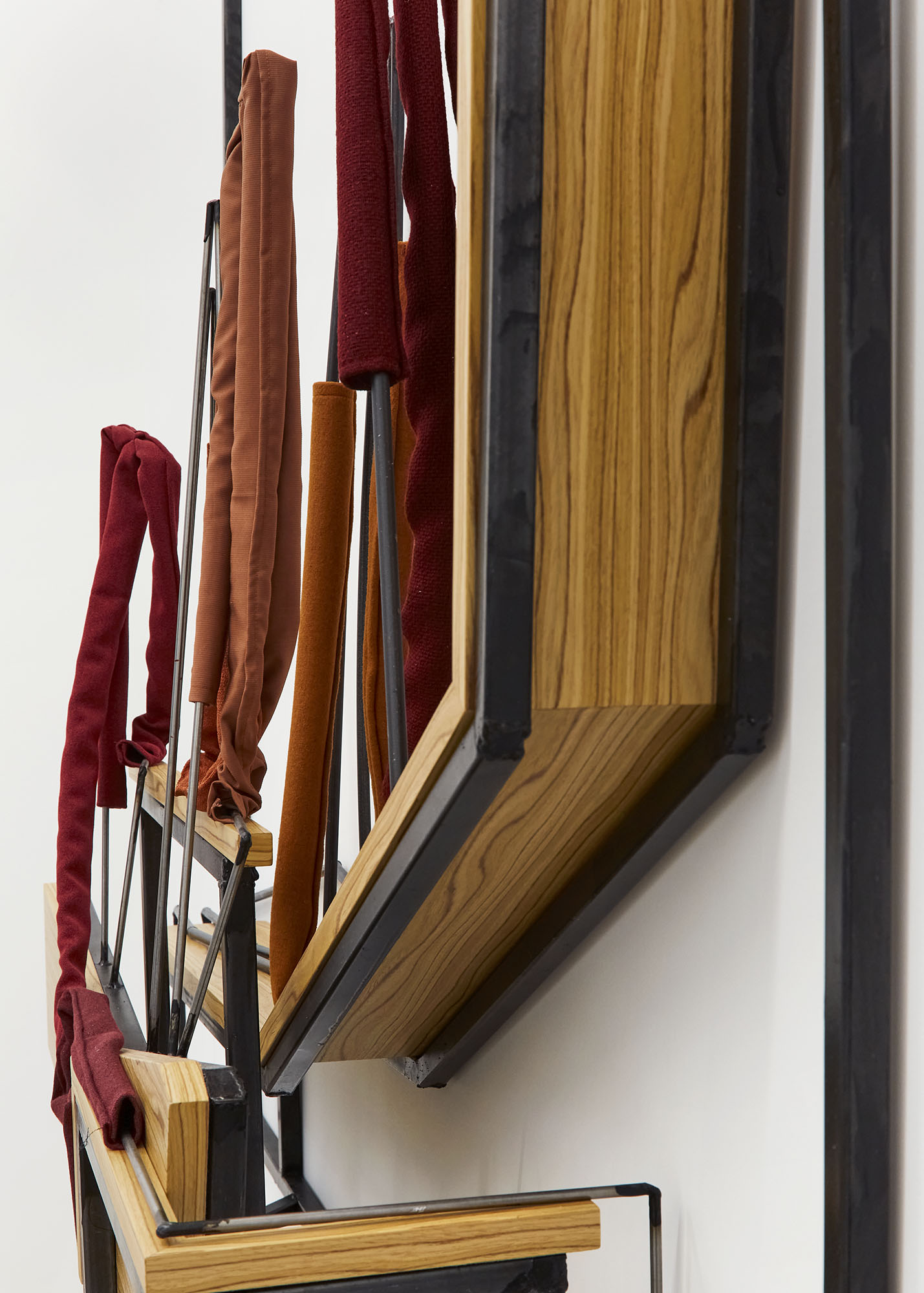 Composition with a strawberry sausage (detail) 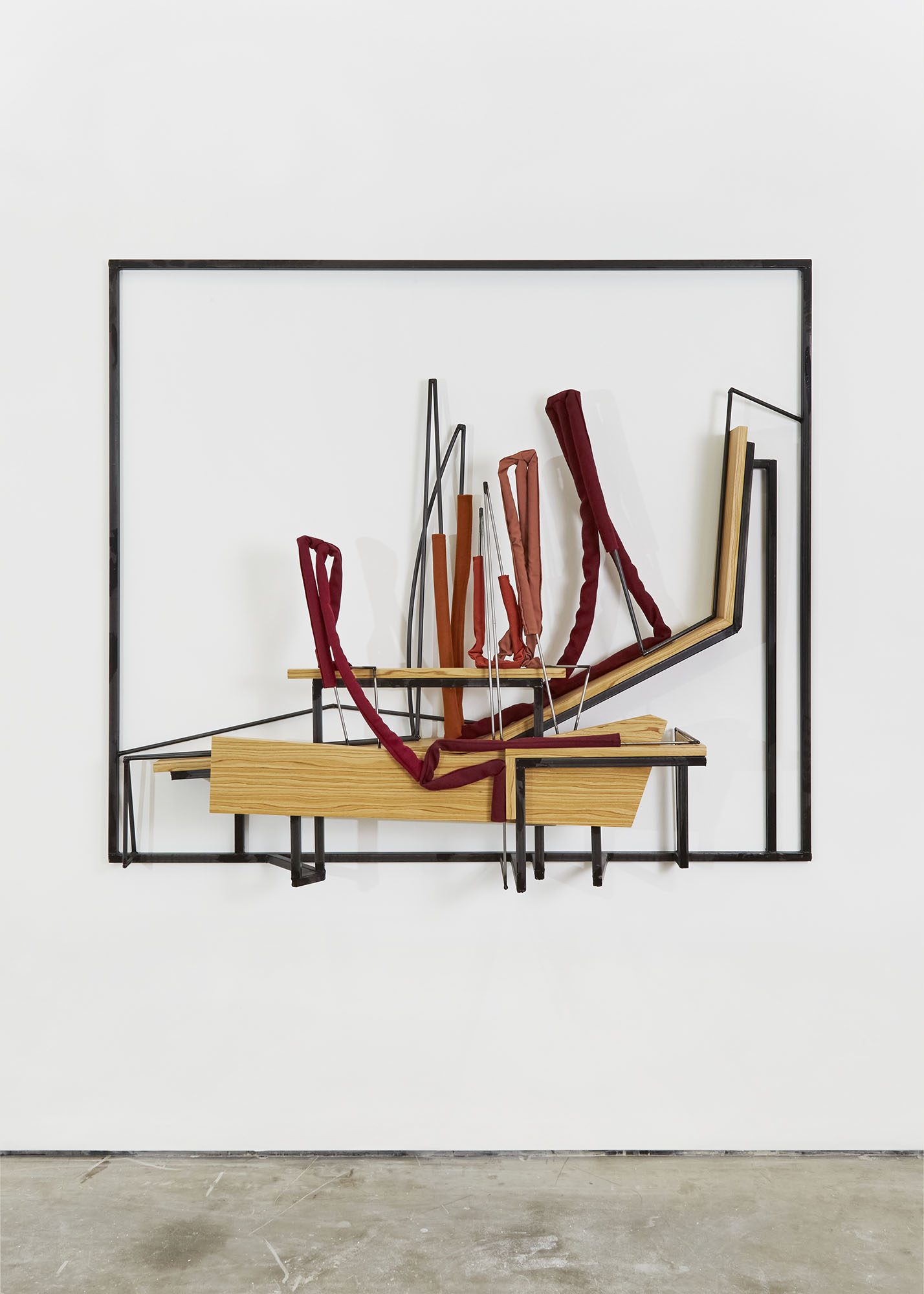 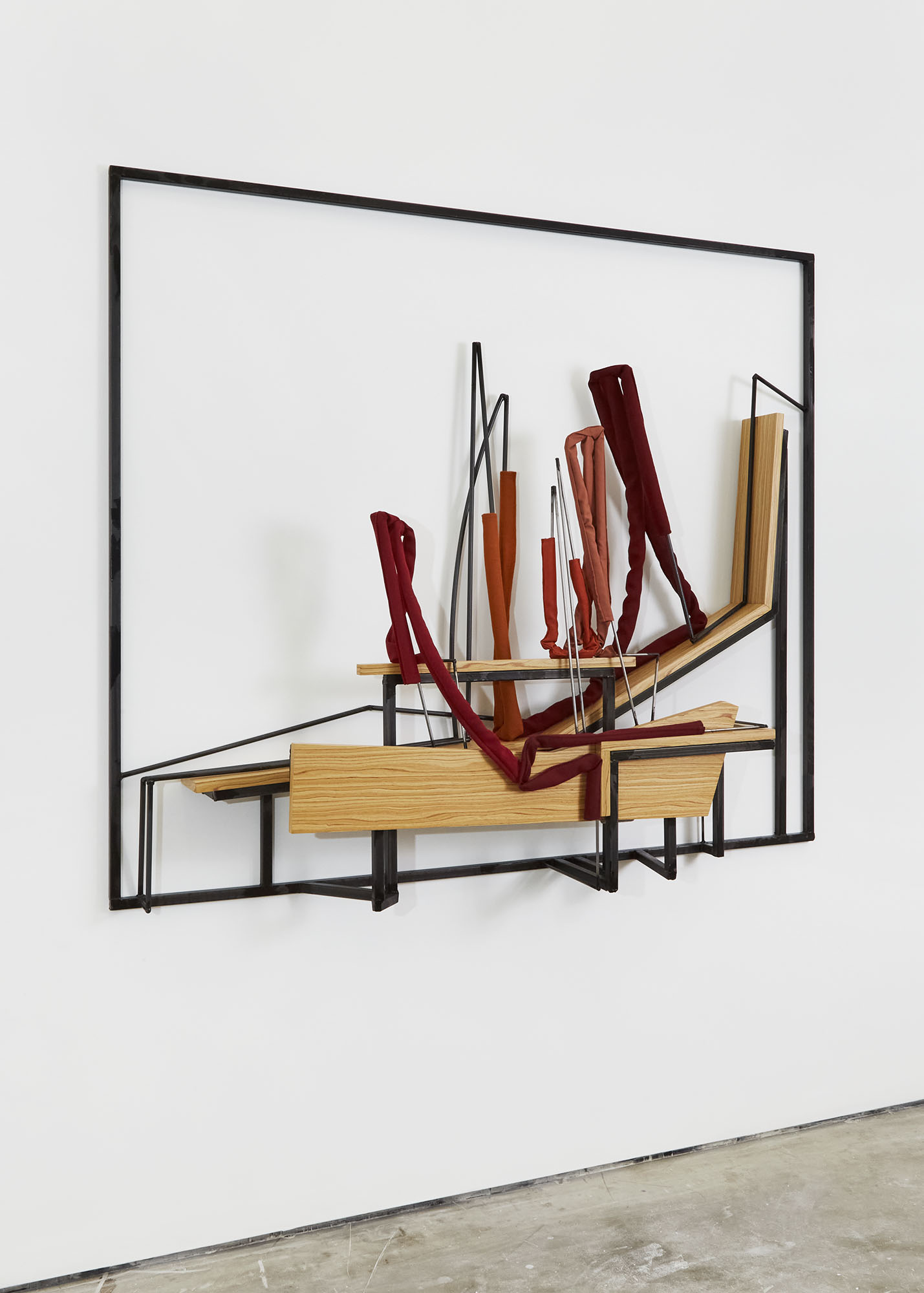 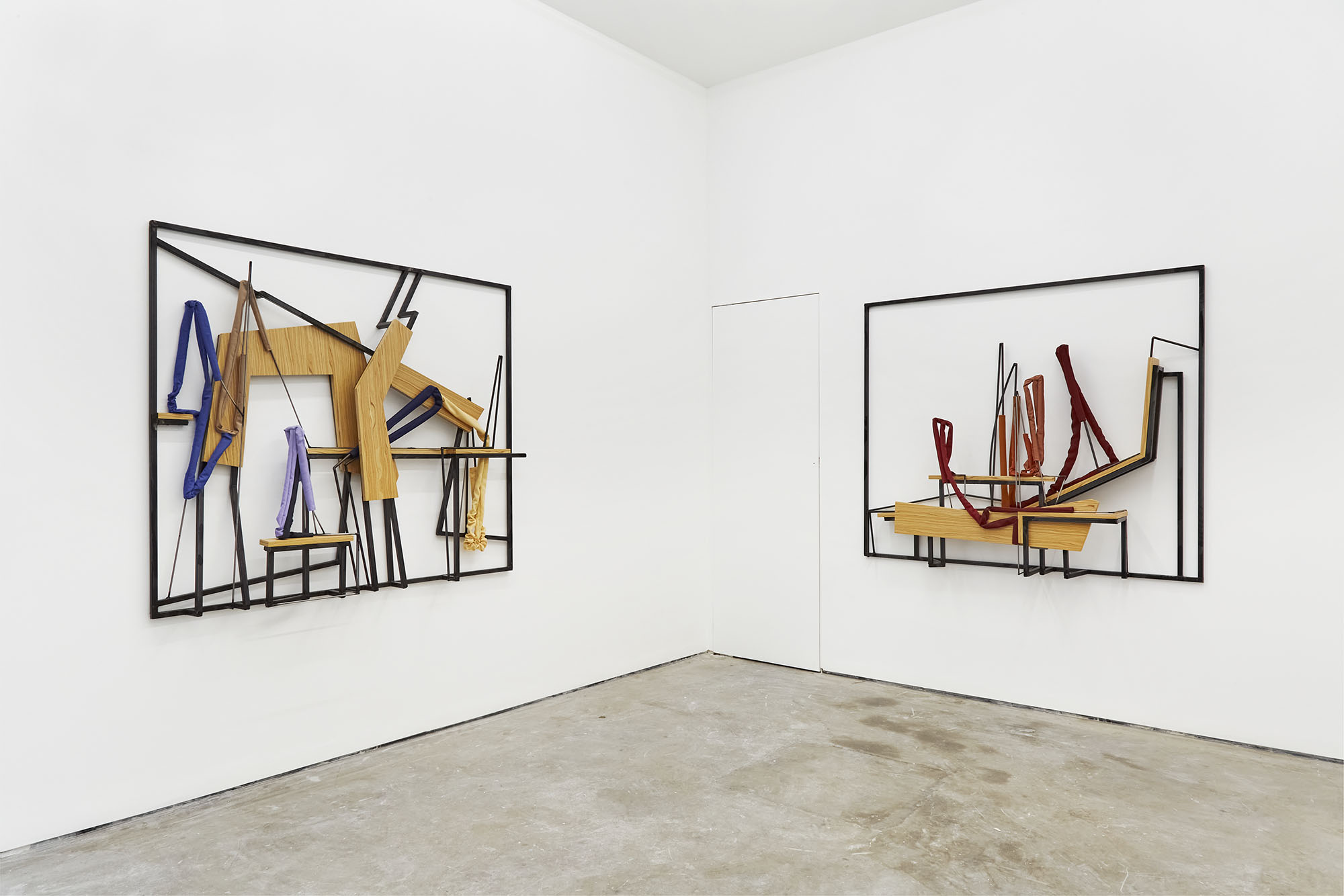 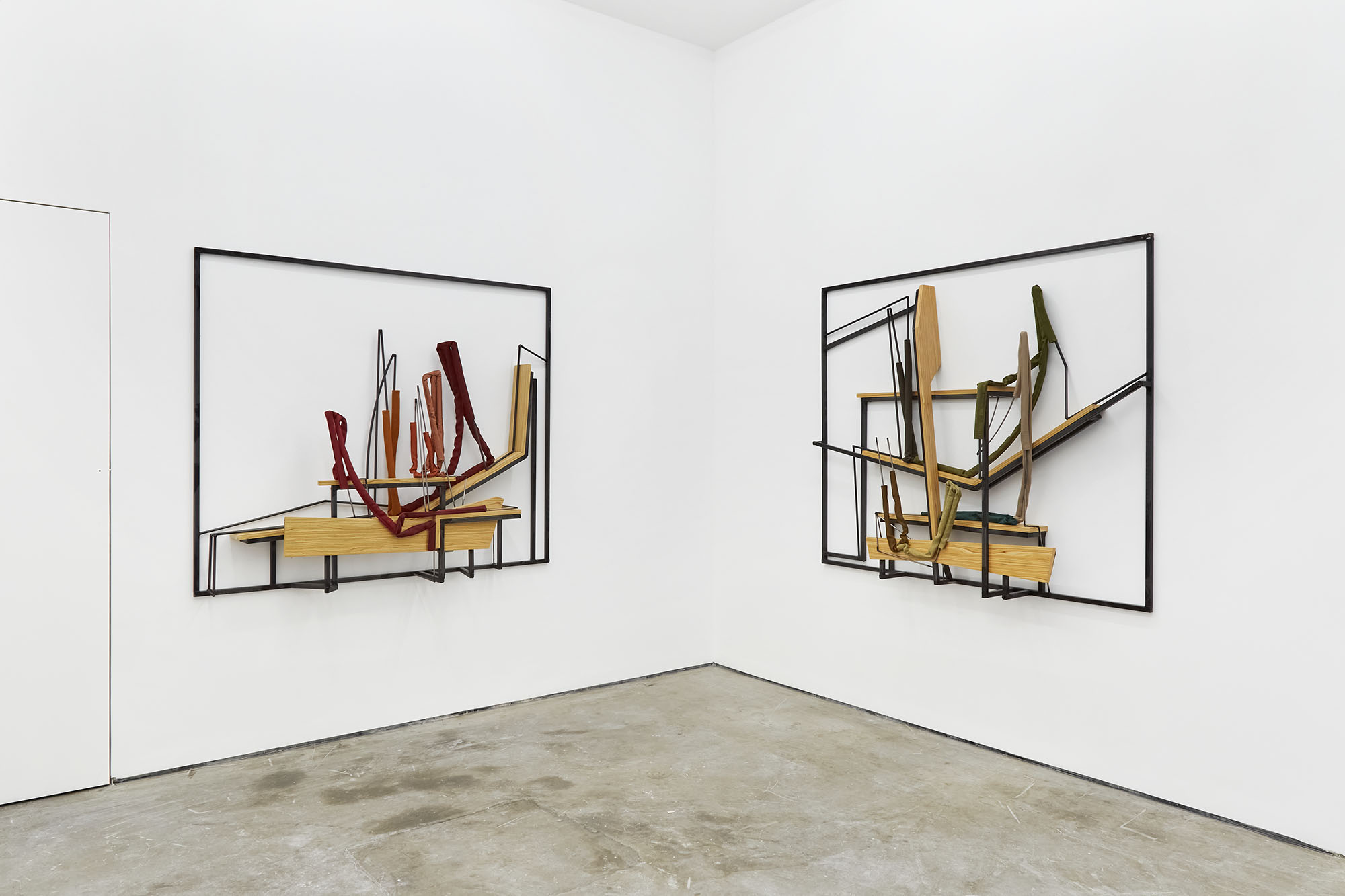 Castor is pleased to present Figure of Everything, the debut London solo show by Latvian artist Indrikis Gelzis. Gelzis’ distinctive wall-based sculptures reference minimal abstraction, the method of displaying data in infographics and ideas of pareidolia.
"To dispelanxiety by understanding and internalizing its causes: this would seem to be one of the principal ethical imperatives of bourgeois art.”

Progettoe utopia: Architettura e sviluppo capitalistico, Manfredo Tafuri
Let us glance upon this tricky era via some Kaufman-esque peephole which temporarily allows us to see ourselves by removing ourselves from ourselves, by turning the lens onto alternate variants, by recreating ourselves, by placing ourselves into recurring or tweaked scenarios which hauntingly demand so much yet never seem fulfilled: perspective. Let go, leave your body, exit an unrequited mindset, enter another zone. Time is more fleeting than usual; this prolonged waiting coupled with the expectation that tomorrow must be better than now begs an invisible role in a private one-act play—where the masked audience hosts a threat.

The jagged, welded edges of Indriķis Ģelzis's sculptural works illuminate the nervous intersection between psychosis, violence and desire. Despite raging wildfires, persistent plagues and schizophrenic tweets paralleling a collective low-grade depression or quarantine mode reserved for the privileged and resourceful, the typified response to making often proves to be anticlimactic rather than revolutionary or anarchic. Frustration and malaise compile; tension is archived and redirected. Here, some elusive seduction stems from the strategic intermingling of masculine and feminine powers: rods sheathed in velveteen swatches, raw wooden blocks juxtaposed with industrial steel, geometrics hovering alongside uninterrupted mechanics.

The artist's practice is modular and svelte; yet, at other times, Ģelzis appears unapologetic and fast-paced—hinting that he may not be for everyone but for those who keep up. A clash of driven vectors impose upon coordinates; beauty can be a pushy affair. Fragmentation wavers between nuanced and subtle to brash and domineering. These sculptural offshoots, in their own right, purr and hum. Their concoction of frequencies attempts to cancel out the noxious buzzing of systematic bureaucracies and tangential oppressions—akin to the kinetic friction relayed upon an alpha swan sliding across a frozen body of water.

And how does this stifled existence affect one's perception of the artist in question? Perhaps, the viewer finds himself longing for a freedom stolen or denied. One may feel discombobulated upon viewing pieces which exude such diligence and vision; the encounter may induce others to examine grievances, compromises or conditioning. Or one may feel relief similar to witnessing an arduous plan come to fruition. Dreams become drafts become models become proposals become reality. Though these works embody a singular apex, the somewhat unseen incremental process behind them was one of patient sacrifice—in contrast, this is all part of an infinite always-here-always-will-be series. A sophisticated equation of tenacity and catharsis has been applied to sketch interconnectedness—as if everyone is ineffably bound in a twisted causation of responsibility (or lack thereof): to one another, to omnipotent forces.

The line between art and life is again dismantled; artists hide in their studios, protecting themselves and their essence. At this juncture, strictly approaching any medium and method from an absolutist angle whilst ignoring the proverbial 'elephant' is in bad form. Creation is correlated (direct vs. indirect) with socio-political and historical wokeness. What came before is linked to what comes next; what happens on a micro-level tends to occur on a macro-level; what is expected to happen may be the opposite of what just happened; and inertia: that which always happens will continue to do so. The pain of sameness (stuck, trapped) vs. the pain of change (transition, evolution)—what is the minimal amount of energy required to change speed or direction?

To continue upward and onward despite external factors (e.g., negative acceleration) is a luxury, and progress can, at times, seem counterproductive. Yet, Ģelzis appears unhindered by apocalyptic blowback; his internalized riots are translated into fuel. The artist is unavoidably influenced by an onslaught of others, yet this is an invitation to incorporate your own references. After all, the personal is political—good art has been known to be both. This is not a cop out; the observer is more astute than they are given credit. Feel free to employ that pleasurable device of intuition.

And 'they' say: we are all in this together or it is what it is? Yet, seemingly harmless or contrived phrases coming from those who speak from so-called positions of authority quickly become moot or invalid; definitions and dictations continue to shift with little to no permission. In short, Ģelzis exudes something other than what neoliberalism tries so hard to force-feed. Though we live in a world sullied by contradiction, we are still capable of grace.
by Jacquelyn Davis